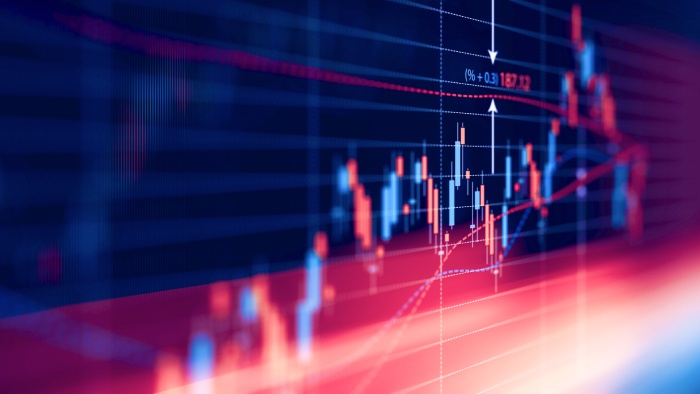 European equities slipped ahead of a European Central Bank decision that will put the region’s monetary policy on a path of tightening and help close the gap with global peers.

While officials are not expected to raise official borrowing costs, President Christine Lagarde signaled in a blog post last month that the central bank will end bond purchases this month, and hike once in July and again in September, lifting the deposit rate from minus 0.5% to zero.

Some investors see a new tone reaching beyond the official line as central bankers succumb to huge pressure to rein in record inflation at more than four times their target of 2%. Peers at the Federal Reserve, Bank of Canada, and Reserve Bank of Australia have hiked in 50-basis point increments this year.

“Chances are that the ECB will have a hawkish pivot today,” Carol Kong, a strategist at Commonwealth Bank of Australia, said on Bloomberg Television.

Oil wavered near $122 a barrel as a robust market for refined fuels around the world offset renewed lockdown in parts of Shanghai, its first major restrictions on movement since the financial hub exited a two-month shutdown at the start of June.

Markets remain fixated on the risk that central banks intent on cooling inflation snuff out economic recoveries in the process. Money markets have priced in 36.5 basis points of tightening to the ECB’s rate by next month’s meeting, just short of a 50% chance of a half-a-percentage point increase, which would be the first since 2000.

One beneficiary of a hawkish pivot by the ECB would be the euro. The common currency has been bogged down by concerns over euro-area growth while a resurgent dollar and hawkish Fed pushed it to a five-year low against the US currency last month. The euro traded little changed against the dollar at $1.07.

“If we do see Christine Lagarde leaning toward a 50 basis-points hike in July, that’s going to be very supportive of the euro-dollar,” Kong said.

Elsewhere in foreign-exchange markets, the dollar-yen pair steadied Thursday, but yen weakness this year has put the 2002 high of 135.15 in play.

Which commodities will outperform by year-end? Raw materials are the theme of this week’s MLIV Pulse survey. Click here to participate anonymously.