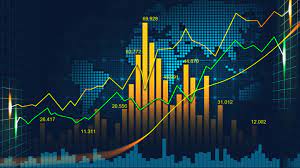 A stupefying rally in Bed Bath & Beyond Inc.’s BBBY -40.54%▼ stock came skidding to a halt last week when one of the company’s biggest shareholders cashed out.

Now, a crowd of individual investors say they are hoping to ride out the worst of the selloff.

Even as Bed Bath & Beyond slumped Friday in its worst one-day pullback ever, individual investors continued to cheer the stock on social-media platforms like Reddit, Discord and Twitter. Many posted emojis of diamonds and hands—internet shorthand for someone who holds steadfast to their investments even when there is rising pressure to sell. Others tagged their posts with “HODL”: hold on for dear life.

Their message to the world? We aren’t giving up.

Wil Lobach, a 39-year-old investor from New Jersey, said he is hoping to use the selloff as a way to add to his Bed Bath & Beyond holdings.

He owns more than 250 shares of the struggling retailer. Having scooped them up at an average price of around $6.50, he is still up about 70% on his initial investment. Bed Bath & Beyond shares fell 41% Friday to $11.03.

Mr. Lobach said the volatility in the stock last week did little to scare him. He also owns stakes in meme stocks GameStop Corp. and AMC Entertainment Holdings Inc., both of which are also known for their wild swings.

Cohen’s “army is right behind him,” Mr. Lobach added, noting that he supports the sale and believes Mr. Cohen isn’t done with Bed Bath & Beyond yet. “It’s been incredible to be a part of this moment in history.”

Mr. Cohen, the co-founder of pet-supply retailer Chewy Inc., has developed a devoted following of individual investors, who cheered his rapid ascension last year from activist investor to GameStop chairman. Many individuals piled into Bed Bath & Beyond’s shares after he revealed a sizable stake in the company in March and issued a letter to its board pushing for major changes.

David Simpson, a 30-year-old from Seattle, said he is committed to holding on to his Bed Bath & Beyond investment until at least 2023, by which time he believes the stock will have risen to around $200.

He wasn’t deterred by news of Mr. Cohen selling his stake. In fact, he says his conviction in his Bed Bath & Beyond trade has only gotten stronger. He referenced Mr. Cohen’s role in Chewy’s growth from a small startup into a company that would later be acquired by PetSmart for $3.35 billion, a deal that was at the time the biggest e-commerce acquisition ever.

“My instincts tell me the same is true” for Bed Bath & Beyond, Mr. Simpson said, adding that he believes the company will be able to strengthen its financial position by the end of the year.

Bed Bath & Beyond is searching for a $375 million loan to build cash and help pay down debt, The Wall Street Journal previously reported. In June, the company said sales for the current quarter were trending down 20% from the year-earlier period.

Individual investors’ resolve is the latest twist in a meme-stock mania that has endured much longer than many professional investors and analysts could have ever predicted. Some individual investors say they have good reason to believe the shares will spike again.

Many are also continuing to hold out for what they believe will be a massive short squeeze, a phenomenon that occurs when a stock rises so much that investors who bet against it are forced to buy back shares, driving the stock even higher.

At the moment, those betting on the stock face an uphill battle.

On Friday, the selloff hitting Bed Bath & Beyond spread to other meme stocks, with GameStop losing 3.8%, AMC Entertainment falling 6.6% and Coinbase Global Inc. shedding 11%. The S&P 500 finished down 1.3%.