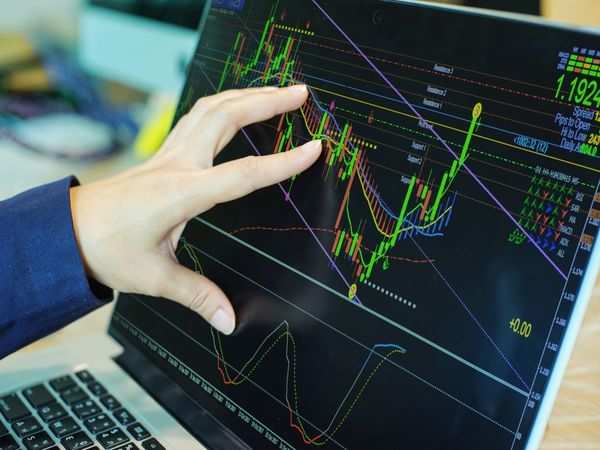 Asian equities fell while major currencies made gains against the dollar in a cautious open to the week following further weakness on Wall Street and a defiant message to the world from China’s Communist Party congress.

A gauge of the region’s stocks slumped about 1%, led by technology companies in Hong Kong, while futures pointed to declines in Europe. Contracts for the S&P 500 and Nasdaq 100 rose after tumbling Friday amid elevated Treasury yields and expectations for faster inflation. US yields trimmed that move in Asia on Monday.

The dollar eased against its Group-of-10 counterparts, providing a touch of respite to harried currency markets, with the pound rallying on expectations that Britain may reverse more of its unfunded tax cuts. Traders remained on guard for possible intervention to support the yen, which is near a 32-year low and within reach of the key 150 level versus the greenback.

UK markets may be in for a particularly torrid week, with beleaguered Prime Minister Liz Truss battling to rescue her premiership after the Bank of England ended its emergency bond-buying program on Friday. Chancellor Jeremy Hunt was due to make a statement later on Monday, “bringing forward measures from the medium-term fiscal plan that will support fiscal sustainability.”

The outlook for consumer prices in the US continues to fuel bets that the Federal Reserve may make jumbo rate hikes at its next two meetings, weighing broadly on the outlook for global economic growth and markets.

Against this negative backdrop, investors have to contend with news from Beijing, where President Xi Jinping said China’s global power had increased while warning of “dangerous storms” ahead. There were few signs of any letup in the Covid-Zero campaign or housing market policies that are weighing on the economy. Xi also said China would prevail in its fight to develop strategically important technology amid rising tension with the US.

The offshore yuan extended gains versus the dollar after China’s central bank halted its cash withdrawal via medium-term loans for the first time in three months in a bid to boost the economy.

Fed officials in their latest comments suggested they were ready to hike rates higher than previously planned. Kansas City Fed President Esther George said the terminal rate may need to be higher to cool prices. San Francisco Fed’s Mary Daly said she’s “very supportive” of raising to restrictive levels and to between 4.5% and 5% “is the most likely outcome.”

“Sticky, persistent, and broad-based inflation means the Fed has to continue to hike rates aggressively,” Victoria Greene, founding partner, and chief investment officer at G Squared Private Wealth, wrote in a note. “Bonds continue to be a difficult investment due to the rapid Fed rate hikes, but we have seen a lot get priced in and market expectations are improving.”

Elsewhere in markets, oil clawed back some losses after a weekly slump as fears over an economic slowdown continues to weigh on the outlook for demand. Gold edged up in Asia on weakness in Treasuries and the US dollar, as rising fears of a global economic slowdown boost the precious metal’s haven status.