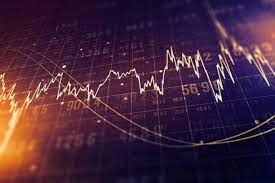 World shares were mixed on Thursday on persistent concerns over slowing economic growth and after the latest U.S. Federal Reserve minutes confirmed its intent to tighten monetary policy quickly.

While Wall Street rallied after the minutes, which showed a majority of policymakers backed 50-basis-points rate hikes in June and July along with a unanimous view the economy was strong, the mood in Europe and Asia was more subdued.

“It’s very difficult for investors to navigate this market at the moment with high inflation, slower growth, rising interest rates and concerns about the Chinese (COVID-19) predicament, but also stagflation is looming as a potential issue at the same time,” said Ryan Felsman, a senior economist at fund manager CommSec.

All participants at the Fed’s May 3-4 meeting supported a half-percentage-point rate increase, the first of that size in more than 20 years, and “most participants” judged that further hikes of that magnitude would “likely be appropriate” at the Fed’s policy meetings in June and July, according to minutes from the meeting.

While some investors worry that overly aggressive interest rate hikes by the Fed could tip the economy into recession, Wednesday’s minutes seemed to suggest the Fed would pause its tightening streak to assess the impact on growth.

“The minutes are consistent with a range of policy options thereafter, but a slower pace of tightening seems the most likely course,” wrote Paul Donovan, Chief Economist at UBS Global Wealth Management.

The immediate attention is on Thursday’s Commerce Department release of its second take on first-quarter GDP, which analysts expect to show a slightly shallower contraction than the 1.4% quarterly annualised drop originally reported.

In Asia, Chinese blue-chips (.CSI300) reversed earlier losses to rise 0.3% after struggling to find direction for most of the session, as investors fretted over signs of slowdown but took comfort in comments from Premier Li Keqiang on stabilising the ailing economy.

In foreign exchange markets, the dollar hovered above a one-month low. The dollar index, which tracks the greenback against a basket of major peers , was flat at 102.06.